Dr. Aleksandar Sotic holds a PhD from the Faculty of Civil Engineering at the University of Belgrade, he is Asset Management coordinator of the Association for Water Technology and Sanitary Engineering, and active member of the Water Association in Serbia. This interview with the International Water Association (IWA) follows Mr Sotic’s participation in an end-user validation workshop of the SPACE-O Project (Brussels, 2018).

IWA: What are your experiences with algae bloom events in drink water reservoirs in Serbia?
Aleksandar: In recent years, researchers in Serbia have investigated the relationship between harmful algae blooms (HAB) in drinking water reservoirs and elevated incidence of primary liver cancer. Chronic exposure of humans to low-dose microcystins was analysed by epidemiological data indicating indirectly the potential relationship between the presence of Cyanotoxins in drinking water and human health.
For example, in central Serbia there are more than 20 reservoirs that are used as sources of drinking water, and a constant HAB is recorded in 9 of them. In that part of the country since 2000, there has been a significant increase in the incidence of primary liver cancer, compared to the parts of the country where groundwater is used for drinking. At the same time, the incidences of primary liver cancer have not been correlated with major risk factors, like liver cirrhosis, and chronic viral hepatitis B and C over the investigated period of 10 years.

A relatively fresh example of a harmful algae bloom (HAB) is the case of Vructi. This surface water reservoir on Djetinja River is the main source for the Uzice Water Supply System (WSS) (Uzice, Serbia), which covers more than 60.000 inhabitants. This reservoir had experienced a visible algae bloom of potentially toxic Cyanobacteria at the end of 2013. With a strong concern about public health, sanitary authorities issued a ban on using water from Uzice WSS, which was in force for one month and a half. This ban was necessary because the water treatment utility was not designed to remove Cyanobacteria and Cyanotoxins, which intruded the drink water distribution network. As a result, water from other sources had to be distributed to the city, while treatment facilities were reconstructed. This adverse event of disrupted supply of safe drinking water had a legal aftermath, resulting in the temporarily imprisonment of the Uzice Waterworks Manager, but the blame was also put on the reservoir management and the Serbian Environmental Protection Agency (SEPA) for the lack of appropriate monitoring.

IWA: What would you say were the causes for these impacts?
Aleksandar: Let me try to present one possible answer to your question, a question that the public frequently simply formulates as ‘Who is guilty?’. In that sense, I would say that the ﬁrst step in solving any problem is to understand it. We often propose solutions to problems that we do not understand and then are surprised when the solutions fail to have the anticipated eﬀect.
Our Water Supply Systems (WSS) are very complex with their inherent characteristics. In drinking WSSs, technical parts of the system are tightly integrated with human activities, and can therefore be considered a socio-technical system.  Numerous stakeholders, together with frequent changes in internal relations and environmental conditions, require adaptability in water management. In the past, management in the water sector was focused on relatively well-defined problems, which were frequently solved in isolation. The approach on which traditional water management is based can be characterized as focused on high predictability and controlability. The lack of a systems approach is what leads to unwanted events. When for example the monitoring of HABs is outside the scope, those systems fail.

For the case of Vructi reservoir, the entire socio-technical system has been in a state of increased risk, for years. If excessive proliferation of Cyanobacteria in the reservoir had not happened in December 2013, some other condition would have led to an accident. Erosion and degradation of safety constraints were found, whereby some of them were there from the very beginning, and others occurred over the years. At the level of the physical system, it has been found that the protection of the source was not enforced. The reservoir management mode was not followed and the water treatment plant was not maintained to be in a technically proper condition.
At the higher levels of the safety control structure, the following deficiencies have been found:
(I) Vagueness of the term “water intake”: defined as whole reservoir vs water intake point, in various regulations with substantial consequences for monitoring of what happens in the reservoir. (II) Failure to enforce required constraints (e.g. the management of the sanitary protection zones), (III) the deficiency in measurement channels (e.g. inadequate monitoring of the water quality in the reservoir and supervision of the implementation of requirements), and (IV) an inadequate coordination and communication between multiple controlling authorities, including the State Water Agency, Local government, and Public Water Utility Company).

IWA: Where do you see the role of digital water solutions, like the SPACE-O Portal, in addressing such water management issues?
Aleksandar: The innovative and state-of-the-art methodology and techniques that I was introduced to in the SPACE-O workshop could be a precious support for engineers and decision makers when facing HAB issues. It could be a vehicle for reforms and proactive reservoir management. The above described Uzice Water Utility is not yet so mature to make full use of all available digital solutions to manage drinking water issues at the moment, but using SPACE-O tools and monitoring modules could be a real option right now. It could be considered as initialisation of potential use of an even wider spectrum of digital water solutions in the future.
As an active member of the Water Association in Serbia, I already introduced our professional members to the SPACE-O Project. Thanks to the support of SPACE-O consortium members, the Serbian Environmental Protection Agency now conducts monitoring on some drinking reservoirs affected by the occurrence of HABs (including Vructi reservoir), while the results will be coupled with satellite technology for join analysis. We are very excited about that and thankful for this promotion and implementation of innovation and modernization in reservoir and utility management.

This interview was conducted on August 9th, 2018, between Aleksandar Sotic and Hanno Führen (on behalf of the International Water Association). 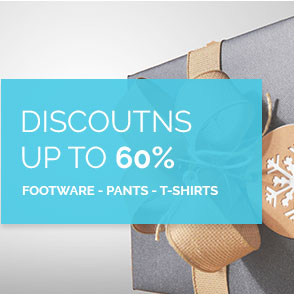